If you’ve spoken to me this year you’ll know I’m suddenly very into flight simulation. Here’s some enthusiastic rambling about why, and some recommendations.

Flight simulation seems to occupy this weird position between game, training tool, and something akin to model railway building for people fascinated by particular aircraft and locations. When I first tried it I had what I think might be quite a common experience among people who decide it’s not for them: learned enough to reliably take off, fly around a bit and (usually) land; flew a few exciting-looking aircraft around a few familiar places; considered moving on to longer, properly planned flights; decided that sounded very boring and lonely; gave up. 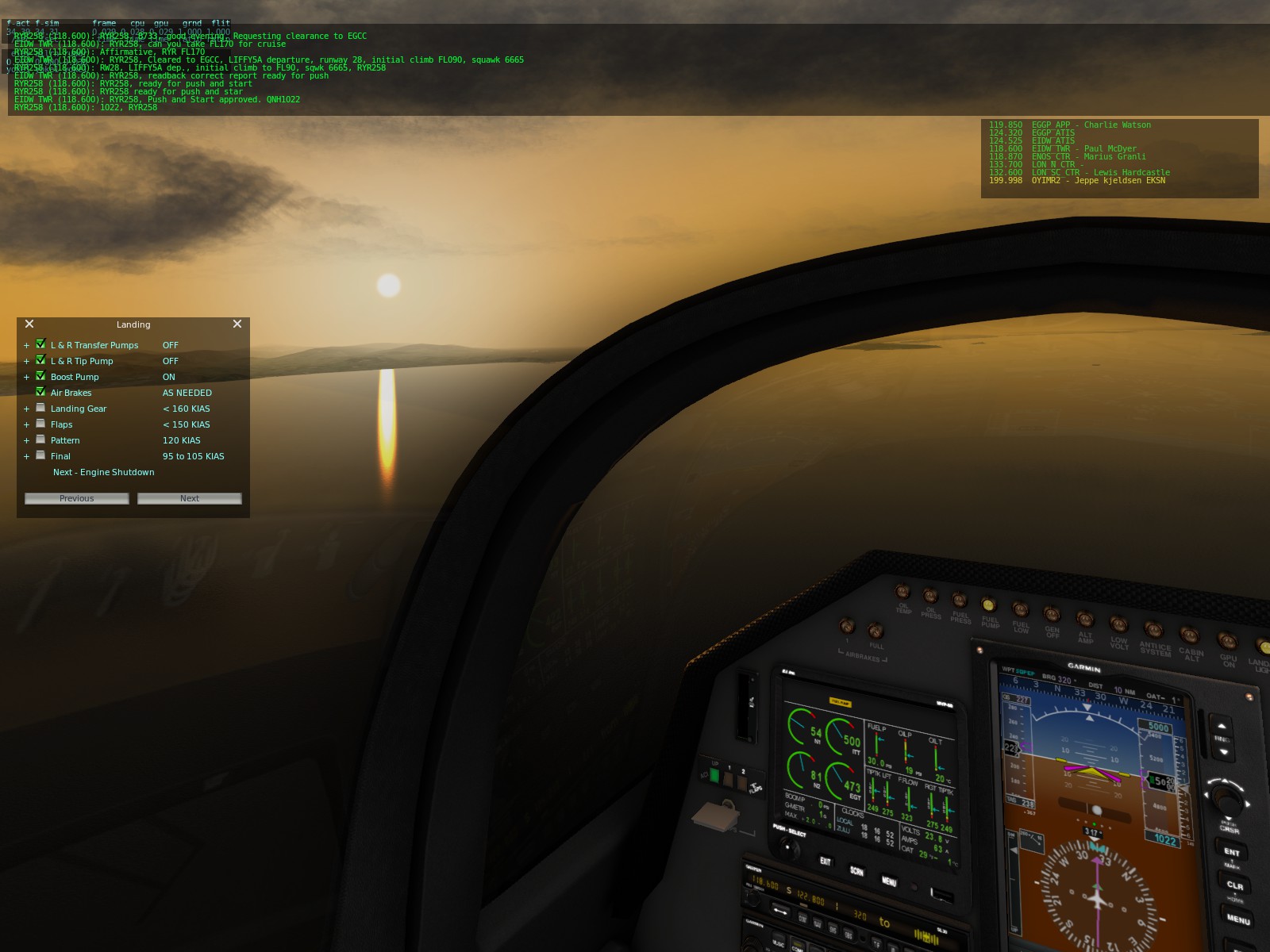 For realism I have to thank X-Plane, a friend who first gave me an old copy of version 9, and the community creating add-ons for it, both free and paid. What that adds up to is that I can fly almost any aircraft I’ve heard of, with the cockpit, systems, flight dynamics, airports and other scenery all giving me as much detail as I could ever want, from entering the cockpit to leaving it at the destination. I can go to my local airport, a carrier, or an oil rig, on the windiest summer day or the coldest, foggiest night; I can fly a microlight, the world’s largest plane, a nice light jet, or just a typical student’s first aircraft, and everything looks believable. I can fly the Space Shuttle from the top of the atmosphere to wheels stopped, or a rocket-plane on Mars, or a helicopter. OK, I can attempt those last few. They’re hard. Oh, and I can do all of that on Linux natively, and only hit one major bug (missing runway, no big deal, right?)

How have things improved in terms of structure? Well, compared to a typical game, X-Plane itself still doesn’t provide any goals or achievements (except, strangely, on mobile) and the AI aircraft behaviour and ATC communication do not meet the high standards set by the rest of the environment, at least in v10 (v11 will improve things a bit in November). Enter VATSIM, or as Emma-Ben has called it, MMORPGATC. Having actual humans piloting other aircraft around you and, on a good day, providing voice ATC at all levels from ground to enroute and back again does wonders for immersion. And no off-topic chat! A definite plus considering the toxic atmosphere of most other multiplayer environments. It’s a reason to fly in places I otherwise wouldn’t, an incentive not to abandon a flight, and a considerable sense of achievement when I complete one having done most of what a real-world pilot (or two) would have done during that time. Apparently I’ve done that 32 times now, plus a couple of crashes mercifully excluded from those stats. (Tip: the CRJ-200’s automatic thrust reverser deployment and an abortive premature lift-off do not play well, especially if you don’t notice promptly.) 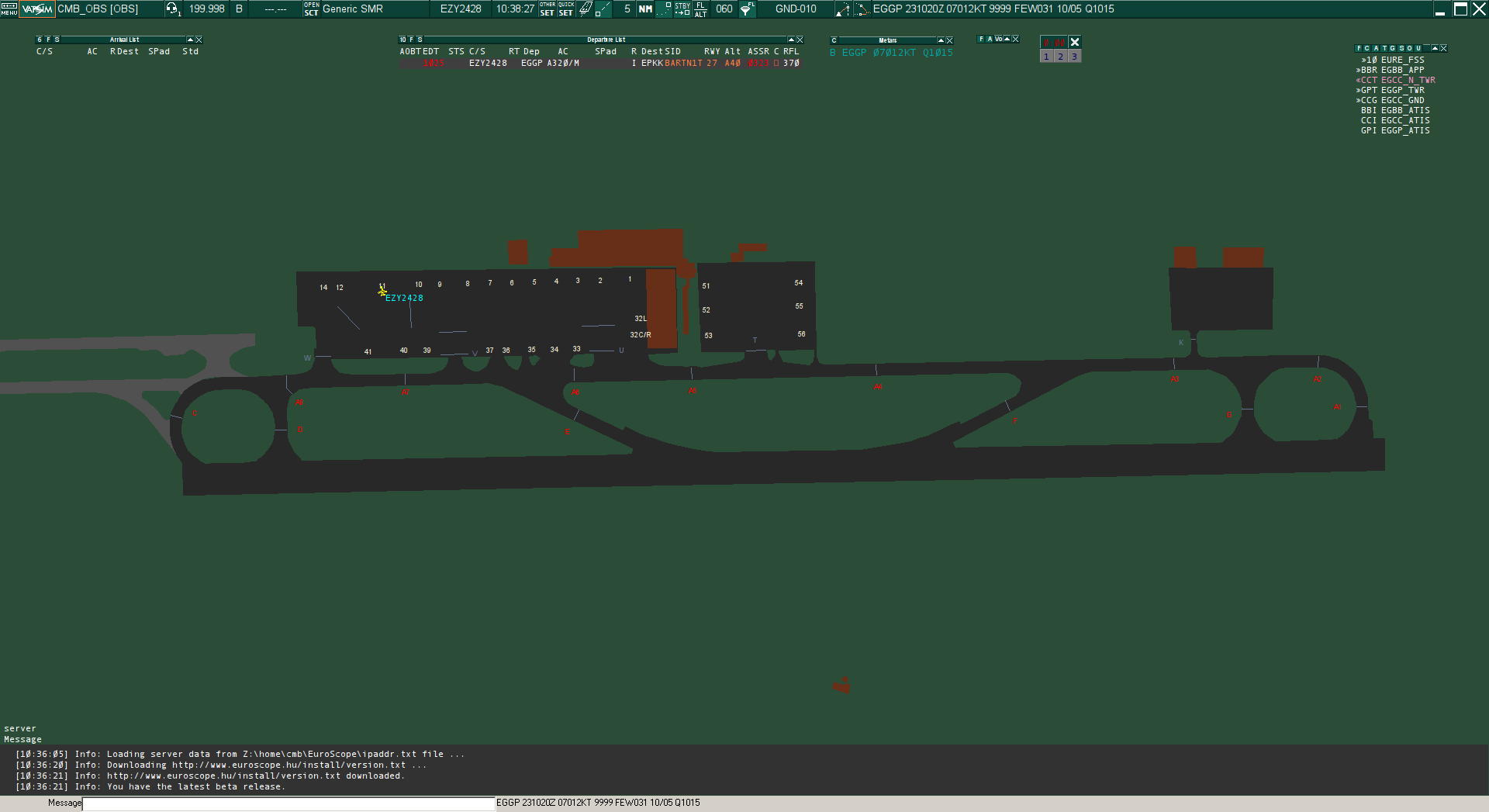 I’ve also started training as a VATSIM controller, notionally at Liverpool, but I’m allowed to provide Ground at any UK airport except Heathrow. Controlling stats aren’t public but I’m at nearly 40 hours across 6 airports including Manchester and Stansted. Next is Tower training; the training web app is (still) cheerily informing me that I’m at the head of the relevant queue. 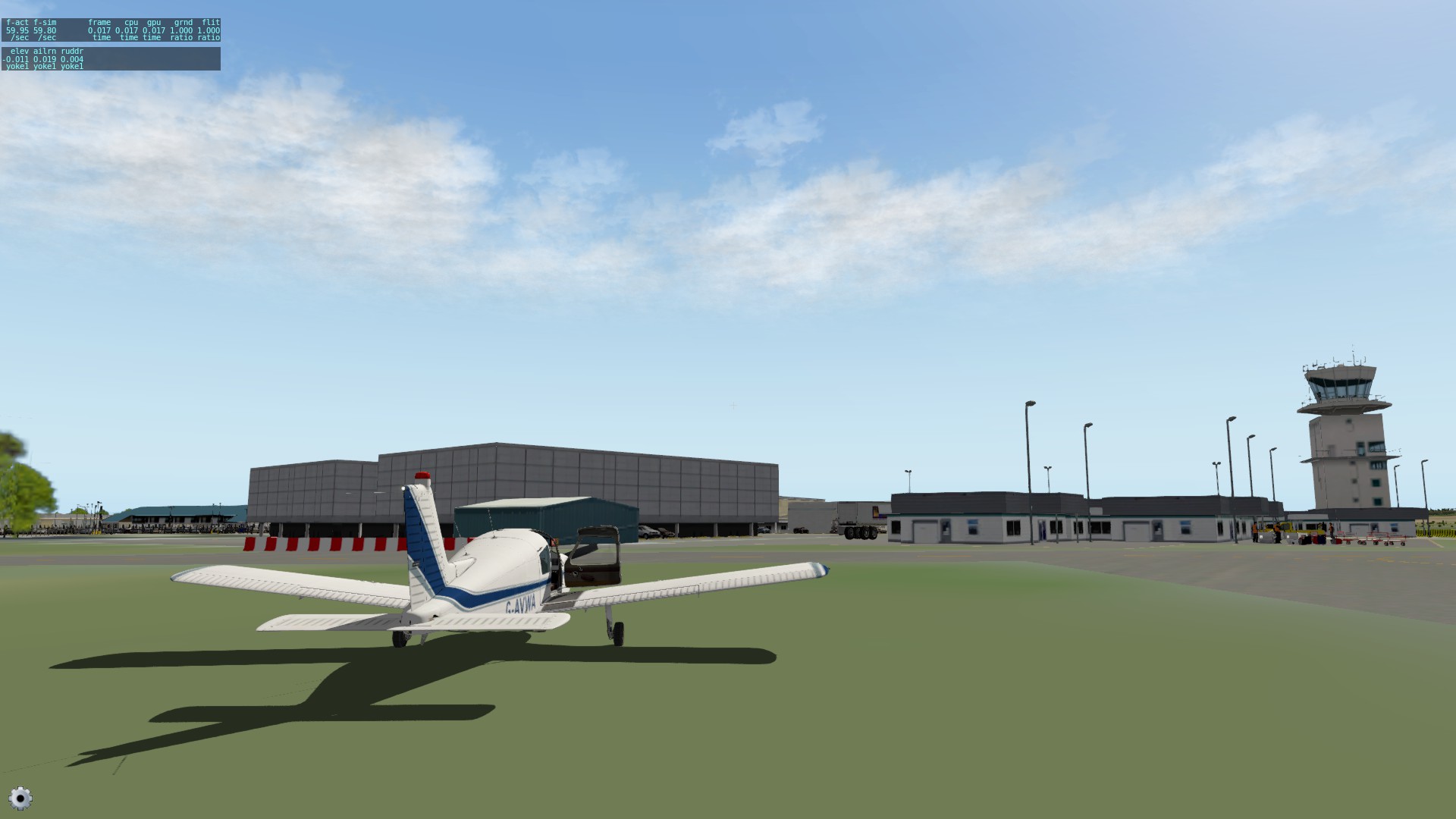